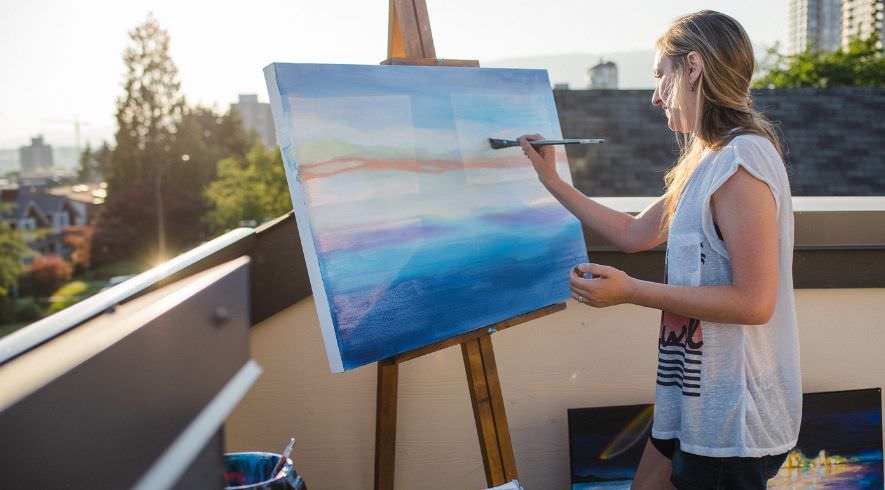 Art enthusiasts won’t need to book a room in Banksy’s new Walled Off Hotel in Bethlehem to experience the renowned graffiti artist’s take on Middle Eastern conflict, with one of his rare works from a past Palestine show appearing in Tauranga’s first-ever street art festival.

Twenty-two art works by Banksy will feature in the Paradox: Tauranga Street Art Festival this month, including his iconic ‘Pink Copper’ from Santa’s Ghetto, an exhibition that was held in Palestine in 2007 in collaboration with East London screen print publishers Pictures on Walls.

Other artwork also purchased from the Bethlehem exhibition will be featured in Tauranga, including ‘Soup’ by American born artist Swoon, ‘Who’s to Blame?’ by Banksy’s long-term assistant Paul Insect and ‘Sunglasses’ by Bast.

The announcement of the festival’s connection to the Middle East follows the recent unveiling of Banksy’s latest installation, The Walled Off Hotel, which is his first major piece of work since 2015.

A three-storey guest house, with nine private rooms as well as hostel-like accommodation, the hotel is located 4m from the Israeli security wall that wraps around Bethlehem. Built in complete secrecy during a 14-month period, The Walled Off Hotel is decorated with dozens of new politically-charged art works for which the street artist is famous.

Paradox artistic director George Shaw says having Banksy back in the headlines is not only good news for the world of street art, but also the festival, as it highlights just how valuable the Oi YOU! Collection is, given its close connection to the hotel.

“We hope the festival will attract people from around the country – and even the world – to Tauranga, and believe the chance to view a Banksy collection is a massive drawcard.”

The Oi YOU! Collection, comprised of 22 pieces of art, is the most extensive assembly of Banksy works in the Southern Hemisphere, and headlines the Tauranga festival alongside street art developed both inside Tauranga Art Gallery and out in the city streets.

“This high-profile event that has been created for the residents and visitors alike easily matches with events on an international stage,” says Ms Lovell-Gadd.

“Tauranga, a city of beautiful beaches and natural surroundings and one of New Zealand’s fastest growing cities will become the unexpected canvas for the kind of street art festival New Zealand has not seen so far.”

Tourism Bay of Plenty head of marketing Kath Low says the worldwide attention Banksy’s latest collection is generating just strengthens what is going to be an amazing event for Tauranga and the arts community.

She adds that the ability to secure such high-profile attractions is a ringing endorsement for both the city and the region, in terms of appeal and offerings.

“This is going to be a wonderful festival, as it is a chance for Tauranga to positon itself as a city with a rich arts scene. I firmly believe it will add to the Bay of Plenty’s diversity of attractions and help bolster the region’s appeal as a top location for visitors and locals alike.”

Paradox: Tauranga Street Art Festival is made possible thanks to Tauranga City Council, in partnership with Oi YOU! and the Tauranga Art Gallery.

It will include the Oi YOU! Collection, on display for the first time in the North Island, art work specially created for Tauranga by international and national artists, as well as an extensive festival programme including works of the city’s local artists, public wall paintings, food, music and dance.