Difference Between Grafitti and Street Art 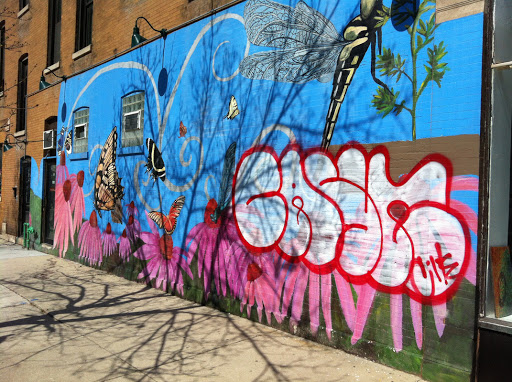 Graffiti and street art is often confused as the same thing. You can find both types of arts around the urban streets. They are made by talented artists who sometimes like to share their perspective on the world or support a social cause. Both are creative ways of expression by the artists that are found on the streets. However, these two arts have a significant difference that we will discuss below. One of the major difference is that graffiti is considered an unorthodox means of using public property and is illegal in many places. Street art, on the other hand, is permitted by the authorities and the done by recognized artists. This is the reason why graffiti artists remain anonymous and work at night to hide their illegal activity. But in the end, both types of arts have their place in contemporary art forms.

Grafitti is a part of the street culture but is considered illegal as it may affect the public property. It is usually word-based and is used to express different parts of the urban culture. It usually has a message that the artist wants to convey to society. Most of the graffiti artists risk their lives to express themselves through their art. If they are caught they can be charged for spoiling public property. Graffiti is also a form of advertising and branding, which the artists use to leave their mark on the urban buildings. The artists like to stay anonymous and use pseudonyms to sign their art. It makes their work recognizable among their underground community.

It is also a temporary art form where the artists often write or draw over each other’s work. Most of the times, their work is erased by the authorities by painting the walls back to normal. Even though it does not get worldwide attention, the graffiti artists like to play with the rules and come out to paint the walls whenever they feel like.

Street art can be considered a universal space where graffiti is just a part. But as many people like to call it, street art is legal and is done by acknowledges artists. The artists sign their work, and the art remains the property of the street as long as it can. Street art is more focused on the images and designs which complement the urban area. The artists are hired for street art by government and private authorities, and they work legally to create artistic designs to increase the value of a sidewalk, a wall, or anything else on the streets. The artists draw murals that may be used to celebrate something or to promote a campaign.

Street artists use more tools than graffiti artists as they have all the time to open and pack their inventories without anyone questioning them.