The Evolution of Street Art 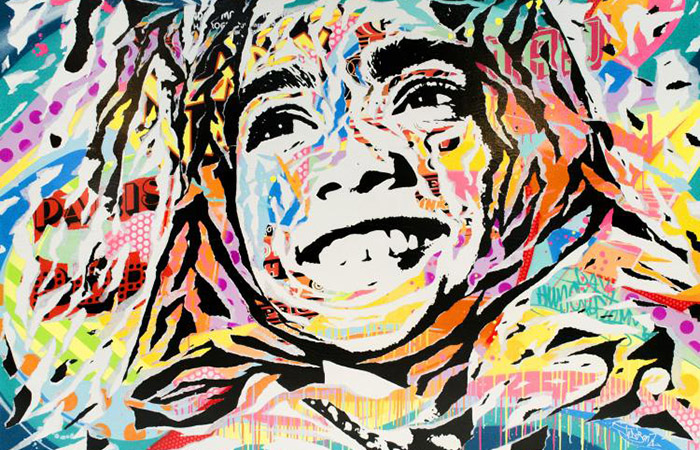 Street art has enhanced from graffiti in underground passages and on the sides of the trains in New York to a new global marketplace. It was not until 1980 that the world of Street art was widely accepted across the globe, and people started recognizing the art form. Over several years, street art has come a long way, to the extent that calling it a movement sparks controversy. It was early also called as urban art, where the art was displayed on public murals, on canvas, goods and many more. Over the years, they’ve developed to be a commercial as well as social success.

Keith Haring is one of the earliest stars to rise from the streets. He was passionate about art and graffiti and started his first graffiti painting on the subways after he learnt to a cartoon from Disney and Dr Seuss of his day. After several arrests, he then decided to update his skills at the School of Visual Arts (SVA). It was during this time Haring, along with Kenny Scharf and Basquiat started painting on walls of the streets, following the footsteps of Warhol and Lichtenstein from the ’60s. This generation of street artists understood the meaning of delivering the power of images and words to the public. The importance of visual art was emphasized during this time. They also stressed on the importance of location and the messages conveyed to the public by the images on the walls. Haring’s paintings symbolized to the ones of the ancient Egyptians, with symmetrical structures and thought-provoking hieroglyphic symbolism. From then onwards, graffiti is being used as a tool to mark or increase the attendance of visitors to its museum.  Graffiti has outgrown the ancient era of territory-marking and has evolved into an art form that has surprised a lot of them.

Currently, the entire world of graffiti has changed for good and is also leaning towards wall painting and other forms of street arts. It is mainly making noise in the social justice platform as is also a form of entertaining the otherwise boring neighbourhood with colours and fun. The current scenario has forced the Millenials and Generation Z to accept this new-found art form that has not only changed the way people view art but also are encouraging the growth of it. Nowadays, the popularity of street art has extended to outer space as well. Invader, a French street artist and astronomer managed his way to the outer space in the International Space station and posted a picture of his street artwork, which inspired thousands of youngsters. This form of art has evolved from the 80s, where it was widely unaccepted. However, the form of art is commonly accepted in the recent era and is only known to see an increase in popularity. Although some states like San Francisco have banned this form of art, there are still ways to channel the creativity of the artists without indulging in vandalism.